The Maine Savings Amphitheater in Bangor, Maine was the site of Aerosmith’s first concert since the outbreak. It was also Steven Tyler’s and the band’s first public performance since he had completed a drug rehabilitation program.

Here’s fan-filmed footage of the show’s first performance of “Back In The Saddle,” from a spot right in front of the stage.

The setlist featured fan favorites like “Rag Doll,” “Livin’ on the Edge,” “Sweet Emotion,” and “Love In an Elevator,” but also included rare covers. They finished off with several classics from the ’70s, including ‘Dream On,’ ‘Walk This Way,’ and ‘Big Ten Inch Record.

Their previous performance was on February 15, 2020, at the Park Theater at Park MGM in Las Vegas, only days after drummer Joey Kramer rejoined the band after a highly contentious breakup.

They were unable to restart their Deuces Are Wild residency in Las Vegas in 2021 when other rock tours started going back on the road after the pandemic.

Nothing is going to happen for a long time,” said guitarist Brad Whitford in June of 2021 on Joe Bonamassa’s podcast Live from Nerdville. As they become older, I question whether or not Aerosmith will ever play together again. It is what it is, after all.

Aerosmith disproved Whitford’s concerns in March when they announced a return to their Las Vegas residency with an opening night set for June 17.

However, the band postponed the show by two months so that Tyler could enter rehab. It’s common knowledge that “our loving brother Steven has worked on his sobriety for many years,” the band said in a statement.

Always Ready to Perform in Future

“After foot surgery in preparation for the stage and the necessity of pain management during the procedure, he has recently relapsed and willingly entered a treatment program to concentrate on his health and recovery,” they wrote. 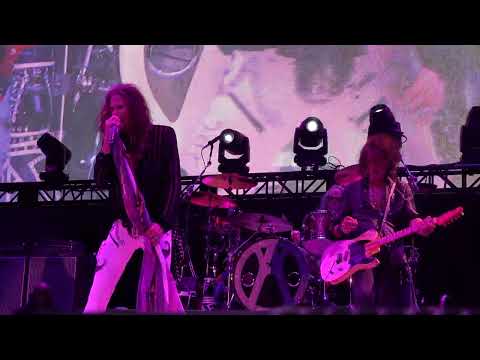 Due to the accumulation of setbacks, Aerosmith has been away from the stage for the longest since its 1970 inception. While they were away, Joey Kramer said he was taking a “temporary leave of absence” from the group.

According to a statement given to USA Today in March, the band explained that Kramer had decided to skip the band’s upcoming 2022 concerts so that he could give his full attention to his family during “these uncertain times.”

Drum technician Jack Douglas would take Kramer’s place. To paraphrase, “He and the band are looking forward to his upcoming shows with Aerosmith.” (On June 22, Kramer’s wife of 55 years, Linda Kramer, passed away.)

On September 8th, Aerosmith will play a gig at Fenway Park in their hometown of Boston to resume their tour.

After a little hiatus, they will be back in Sin City on September 14 to begin another lengthy run of shows that will last until December 11. For more new latest updates and news stay tuned to TheActiveNews.Com.