OAKMAN, a pop/rock band from France, are ecstatic to share the news that their new EP, SCP, will be released on September 30th through Rude Records.

The band’s third EP, whose title stands for the term “sugar-coated pill,” was released in 2019, following the 2018 release of their second EP, Plastic World.

The EP highlights the trio’s development by including 80s-style synths, powerful percussion, and a funky bass while retaining the aggressive pop-punk guitars that have become their signature sound. Pre-order SCP now here.

Lead singer Marine says of the new EP, “It is finally the conclusion of a time. We are thrilled to be able to give you the last pieces of this new baby.

” We hope you enjoy this EP and hope you can feel the sincerity of the emotions we wanted to share with you. Soon, this EP will be yours.

“The last few months have gone by quickly and have been quite intense, but it’s also a relief because we cannot wait to get our heads into what will be the next part of Oakman.”

The EP’s title track has also been released alongside the announcement. The pastel-soaked video for “SCP” works hand-in-hand with the nostalgic instrumentals and vocals as OAKMAN tastes the 1980s to the contemporary day while infusing it with their unique style of indie-pop/rock.

The band says of the song, “Marine was watching a show called ‘Crazy Ex-Girlfriend’ during the lockdown, and the main character reminded her of a character she had played when she was doing theatre.

After the foundation of ‘SCP’ was written, she wrote the lyrics about these two characters. ‘SCP’ is a sarcastic and second-degree track about the fear of loneliness and not being loved at all costs with a neurotic side.

With “Up,” “Murder,” “Fantasy,” and “Night,” the band has given fans a taste of what they can expect from SCP so far.

These four songs have already caught the attention of major media outlets like Entertainment Tonight, Ones To Watch, Hot Topic, and Billboard, who have called “Night” “a carpe diem bop.” 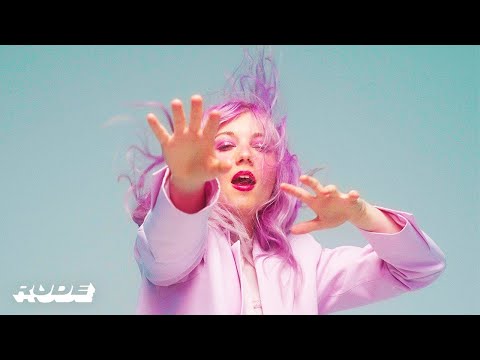 The band came into the Lyon rock scene in 2016 with the publication of their self-produced EP, Waterscape. In the wake of their debut EP’s publication, the band toured not only France but also the United Kingdom, Italy, Japan, the United States, and other countries.

In addition to supporting bands like entering Shikari (Bataclan, Paris), ZZ TOP (Pérouges Fest), Basement (Kao, Lyon), and Bukowski (Marché Gare, Lyon), they have also opened for acts like these.

Each time they perform, they have an instantaneous impact. While tracks like “Plastic World” and “Spread” are sure to strike an emotional chord, others, like “Clear Enough,” manage to maintain a lighthearted tone.
You can go to TheActiveNews.Com to get the most recent and updated news stories like this one.