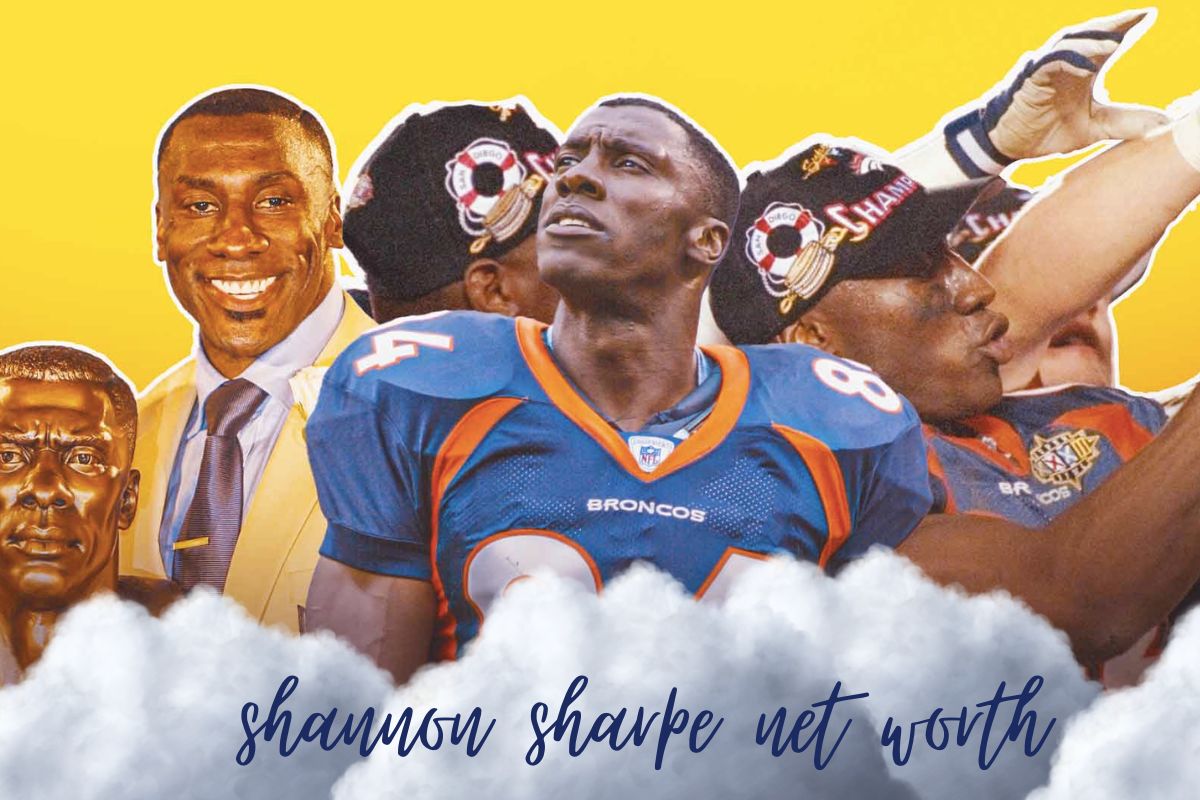 Shannon Sharpe is one of the best American sports analysts and former footballers. who served his life in sports. He is a phenomenal person whose life is fulfilled with success and achievements. He won a lot of awards in his journey.

Sharpe holds the NFL postseason record for longest reception, a 96-year catch, and run for a touchdown at Oakland in the 2000 AFC championship game. He is a man who has a net worth of $14 million.

Shannon Sharpe is retired from American football end which gives him a net worth of $14 million. He served as a tight end for the NFL’s Denver Broncos and Baltimore ravens across 14 seasons.

Growth in Shannon Sharpe’s Net Worth

Sharpe earns about half of Bayless’s annual salary, said sources. The pro football hall of Famer makes an estimated $3 million-plus annually vs. around $6 million for Bayless.

Shannon Sharpe was born on June 26, 1968, in Chicago. And he spends his pre-childhood life in Glennville,

which is a small town in Tattnall county. He comes from a rough environment. He is from a poor family.

His parents Pete and Mary Alice Sharpe separated when Sharpe was only three months old. Even his father died when he was in his early teens due to lung cancer. Sharpe’s father did not have a true father figure for part of his most important years.

But his grandmother whose name Mary Porter stepped in to help raise him and his two siblings. behind the success of Shannon Sharpe, his grandmother plays an important role.

Porter also helped take care of her others in the extended family, including his nieces and nephews. The entire family lived in a tiny house, no matter how many people it included at any given time. Their house always fits a family of four. Sharpe shares his bed with his grandma.

In school, he was very weak in his studies. It was because he did not pay good attention to his studies and did not care for his studies. He was born with a lisp,that’s why it’s hard for him to demonstrate his reading quality. That is the reason he was sent to a speech therapist when he was in third grade.

After that when he was in high school he would be forced to take a remedial reading class.

But Sharpe was only good at sports. In Fact, it was likely in his genes.

His older brother sterling went on to the NFL himself and achieved a good career, playing a lot of seasons as a wide receiver for the green bay packers. Shannon played football, and basketball and also ran track while attending Glenville high school. He set a record of class A, as a track and field athlete for the triple jump at 48 feet, 3 inches as a junior, then broke his own mark with a jump of 49 feet, 5 inches when he was a senior.

His football coach, William hall, was even something of a surrogate father for Sharpe, driving him home for practice and even serving as his driver’s education teacher.

Sharpe’s final career numbers read 815 receptions for 10060 yards and 62 TDs. Ten times he had 60 or more catches including three 80-yard marks three times and twice had 10 TDs in A second. He played in 204 regular season games and started in four AFC championship games.

He is regarded as one of the greatest tight ends of all time. Sharp was inducted into the pro football hall of fame in august 6,2011.

Achieving all this, Shannon Sharpe suffered from a neck injury during the 1994 season and then he was forced to retire at age 29. In his eight-year career. He played in all 112 games. Sharpe caught 595 passes for 8,134 yards and 65 touchdowns. When he retired, only three NFL players averaged more receiving yards per game (72.6).

He played there until 2003. From there he retired to become an NFL analyst for CBS. he is one of the valuable footballers who appeared on the cover page of fitness for men. He was also seen in an animated section” American Dad” where he portrayed himself.

Shannon Sharpe was a leading player of his two teams where he earned a tag name tight end players and also had gained a lot of achievements. He shows himself as a player, mentor, leader, and telecaster.