Canadian actor Kavan Smith is most known for his role in the Hallmark Channel’s romance drama “When Calls the Heart,” although he began his career in the science fiction field.

Kavan Joel Smith, a Canadian TV actor, was born on May 6, 1970, in Edmonton, Alberta. His father raised him and his brother after their parents divorced. Their mother’s name is June Hawk, but their father’s identity is a mystery. He has always had a passion for athletics, especially football and martial arts, the latter of which he has studied for 15 years.

Early on, he realized he wanted to be a performer, and he and a friend would frequently miss classes to rehearse comic routines they would later play on buses and in shopping malls, among other places.

He intended to study economics in college, so after finishing high school he uprooted from Edmonton and headed for Calgary, Alberta.

The University urged him to withdraw before undergoing evaluation after a year and a half, and he did so since he repeatedly claimed that he didn’t consider himself very skilled in the discipline. After spending a year debating whether or not to take a chance on his boyhood ambitions of being an actor and a comedian, he enrolled in Mount Royal University’s performing arts department.

This controversial change ended up being the best thing that could have happened to his life. Furthermore, it was at that time that he began to write and embarked on a serious career in acting, both of which he had previously enjoyed.

Kavan Smith is a successful actor who has appeared in dozens of movies and TV shows and thus relies on those earnings to support his lifestyle.

Although he has not been recognized for his acting, his enormous popularity among science fiction aficionados is largely responsible for his success. As a result of all of this, he is expected to have a net worth of approximately $800,000 by the beginning of 2020.

Smith, like many other people, is uncomfortable discussing his personal life. Although not much is known about him, one of the few constants is that he enjoys the kitchen. His response to being asked what he intended to film following “Wedding Bells” was, “I like to cook in my spare time, therefore they asked me what kind of ideas I would explore,” as reported by International Business Times.

So I came up with the concept of a chef, presented it to them, and they purchased it. I figured, “Well, I can fake [cooking] extremely well, so I made a script based on that and we’ll see what happens.” 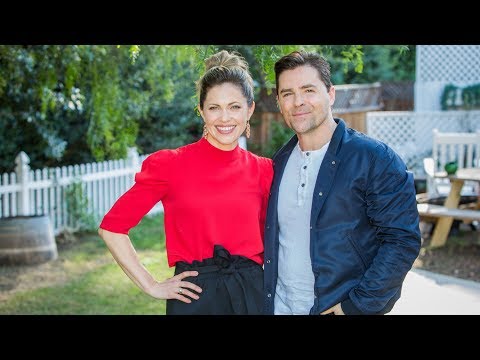 In 1993, Kavan Smith went to Vancouver in pursuit of an acting career and quickly secured a starring part on the TV series “Destiny Ridge.” Later on, he appeared in dozens of TV shows and movies, including fan favorites like Alibi, Escape from Mars, Fearless, Smallville, and The Twilight Zone.

In a way, this was a symbol of his emerging as the leader of the Vancouver science fiction community. He appeared in five episodes of “The Outer Limits” as five different characters, gaining the attention of director Brian DePalma, who cast him as the American pilot in “Mission to Mars” in 1999.

Nonetheless, it was his two episodes as Major Evan Lorne on “Stargate SG-1,” one of the most popular science fiction shows of the early 2000s, that established him as a major star.

Originally, Smith was supposed to play a new character on “Stargate: Atlantis,” but the showrunners ultimately decided to recast Major Evan Lorne for another 29 episodes. With this recurrent part, he shot to stardom and became a household name around the world.

Soon after, Smith was cast as a regular in “The 4400,” where he plays one of the show’s most notable characters, Agent Garrity; he has also been in “Supernatural,” “Battlestar Galactica,” “The Guard,” “Reunion,” and “Jeremiah,” among other shows. He co-starred with Felicia Day in the horror remake of “Little Red Riding Hood,” “Red: Werewolf Hunter,” and was featured as Deputy Andy on Syfy’s “Eureka.”

For many years, Kavan Smith was adamant that anyone know who the woman in his life was. He didn’t confirm his marital status until February 2017, when he tweeted that he’d be late for an interview because he had to pick up his wife from the airport and that his two children, who turned out to be boys, were upset.

In June of the same year, he tweeted that his wife did not share his enthusiasm for making his wedding images public. This was just one of many tweets he made about his wife. For more updates you can visit on TheActivenews.Com.