Wheatland Music Organization was founded in 1974, and its founders “tested the waters” by holding a single-day music festival in Mecosta County.

At the time, nobody could have predicted the festival’s growth into the thriving cultural center that it is today.

Wheatland Music Festival has evolved from its humble origins (when admission was $5 at the gate) into a world-renowned festival of traditional music embracing a wide range of forms and drawing thousands of devotees, many of whom have attended annually since the mid-1970s.

As a result, it should come as no surprise that the performers and festivalgoers who had not been able to attend since 2019 due to the COVID outbreak were overjoyed to see the festival return last weekend.

During the weekend’s festivities, Anna Sink, a photographer for Local Spins, commented, “The experienced attendees are definitely the wildest folks I’ve ever seen at Wheatland so far.” It thrills my heart to see that after three years of waiting, they are throwing a huge celebration.

Wheatland’s constant commotion from kids of all ages kept me missing that place. This is the very definition of community at a music festival.

The weather was perfect and shockingly summery for Wheatland, inspiring many late-night campfire jams and fans roaming the grounds to witness impromptu performances and catch up with friends.

From Cajun twirlers hoofing it up at the Marty Wernette Dance Stage to eager listeners delighting in musical tales from Michigan singer-songwriters on the Schafer Song Stage, the weekend’s presentations on various stages provided a wide range of crowd-pleasing experiences.

For Grand Rapids artist Ralston Bowles, the atmosphere at the songwriters’ showcases was “pretty electrifying,” and the audience was “definitely joyful and happy” to be hearing live music again in the venue created for “shared tribal” experiences.

Late night sounds were provided by drum circles, and cheerful young musicians could be found busking for tips all throughout the festival grounds.

On Friday night, the Joe Troop Quartet from North Carolina impressively pumped up the bluegrass strains on the Main Stage, sounding like much older, veteran players in the genre;

Joe Louis Walker, nicknamed JLW, from San Francisco, played three incredible sets of electric blues with his band throughout the course of the weekend, including performances on both the Main Stage and the Centennial Stage. His sets were highlighted by outstanding guitar solos.

• Blue Highway, a Grammy-nominated bluegrass juggernaut from Tennessee, instrumentally blew the doors off on the Main Stage, prompting one observer to remark that hearing them was “like placing Greensky Bluegrass inside a time machine 30 years in the future”; 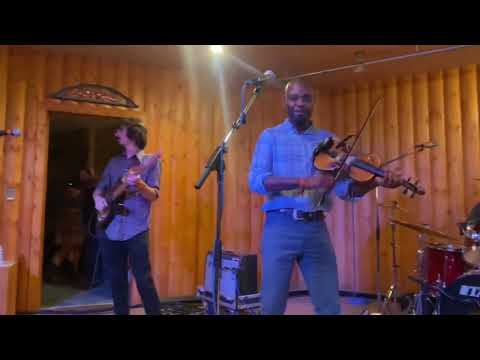 • Many opportunities for audience participation in song, including a rendition of “Turkeys in the Rain” led by singer-songwriter Seth Bernard on Sunday that was inspired by a Sweet Water Warblers super-group workshop.

A 10-year festival veteran said it was especially rewarding to watch the celebration unfold again “on the sacred grounds of Wheatland,” so it’s clear that everyone involved was happy with the event’s return. For more updates you can visit on TheActiveNews.Com.