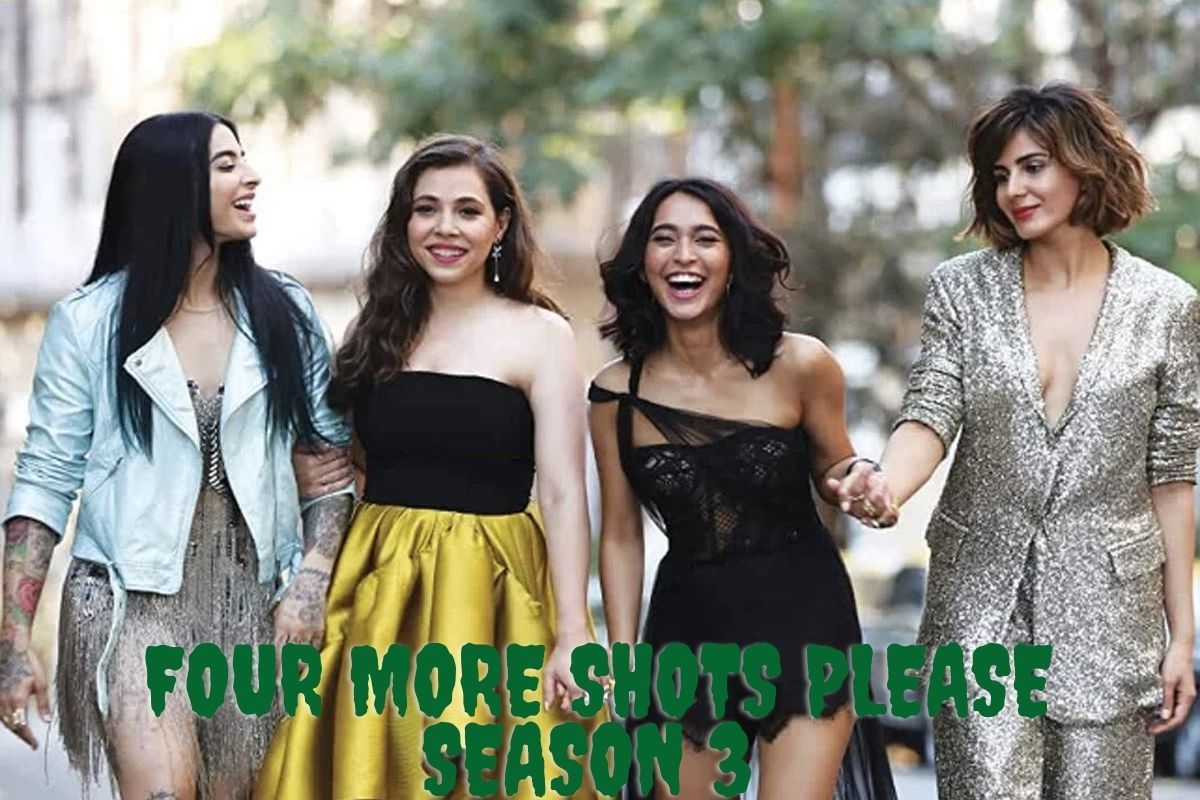 Four More Shots Please Season 3: The third season of the International Emmy Award-nominated show Four More Shots Please will be released soon. According to speculations, the third season will have the same cast as the previous two seasons.
Damini Rizvi Roy will be played by Sayani Gupta, who will portray a journalist in the show.
Kirti Kulhari is a divorced mother and a lawyer. Anjana Menon is the name of her character. Maanvi Gagroo, who plays Sidhi Patel, is a wealthy young lady. Umang, a bisexual woman, is played by Bani J. The show also features Lisa Ray, a Canadian actor and model, and Milind Soman, a supermodel. Prateik Babbar, Ankur Rathee, Simone Singh, Amrita Puri, Sapna Pabbi, Shibani Dandekar, Monica Dogra, Mohit Chauhan, and Nimisha Mehta are among the other actors who appear in the play.

The third season began filming in March 2021 but was postponed owing to the epidemic. The shooting has restarted, according to Kirti Kulhari, who announced it on the social media network Instagram in August 2021.

“For the bulk of my career, I’ve been offered parts that were of a chubby girl, but they weren’t substantial enough,” Maanvi Gagroo remarked in an interview with SheThePeople.TV. They were either there for comedic relief or they were identified solely by their physicality.” She was overjoyed when she was cast in the character of Sidhi, who was on her way to self-empowerment.

By the second half of 2022, the show will be available exclusively on Amazon Prime Videos Over the Top platform.

In an interview, Kirti said that the season 3 production of Four More Shots Please is nearing completion. She also stated that the show’s final schedule will begin in Europe in April of this year.

Since its debut in 2019, Amazon Prime Video’s Four More Shots Please! has had a resounding success. The show has already completed two successful seasons and is now gearing up for its third. Season three of the show began filming in 2021, and actress Kirti Kulhari recently announced that they are only one final schedule away from wrapping it out.

Kirti Kulhari, who co-stars in the show with Sayani Gupta, Maanvi Gagroo, and Bani J, stated to Mid-Day that the final schedule will take place outside of India. “It feels like I’ve been filming for Four More Shots Please for a long time,” remarked the actress.

Kirti went on to say that the pandemic affects the series “We still have one international flight left, but the situation isn’t ideal right now. In April, the timetable will be released somewhere in Europe.” Kirti hopes that Four More Shots Please! Season 3 will be released in the second half of 2022, assuming the epidemic doesn’t derail their plans any further.

The actress was most recently seen in the film Human, which came out just a few weeks ago. Kirti co-starred in the medical thriller with Shefali Shah and remarked that her co-star was the main reason she agreed to do it. “The writing for Human was fantastic. But it was Shefali who inspired me to do the show. When I work with actors who have influenced me, I am ecstatic. It was fascinating to see her become so involved. That’s who I am, and it’s unusual to see someone else in this industry who is like that. I had a lot of fun working with her “Kirti made a statement.