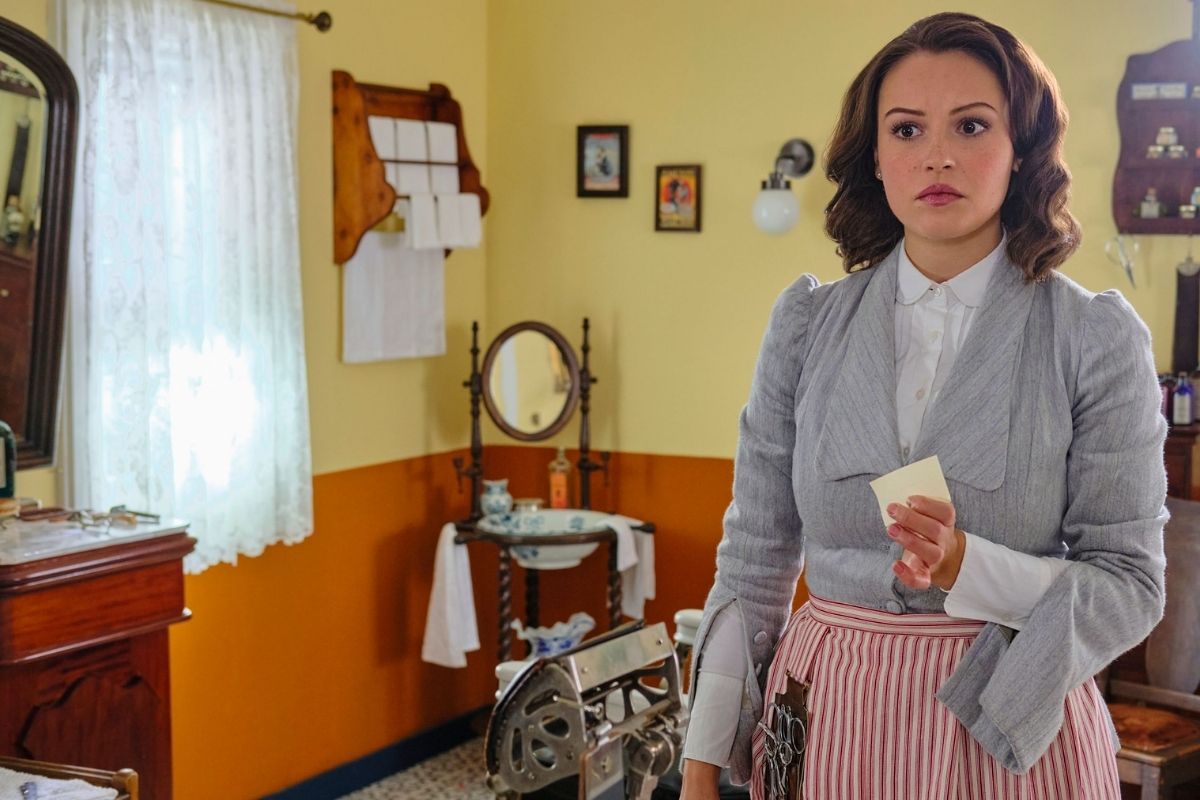 “When Calls the Heart,” a television drama based on the best-selling novel by Janette Oke, is now airing. When Elizabeth Thatcher leaves her rich life behind to educate Coal Valley’s underprivileged students, Michael Landon Jr. develops the show for TV. The citizens of the former coal-mining town have their own fascinating stories, and their interactions with Elizabeth and their impact on her life constitute the rest of the narrative. Newcomers like Wyman Walden, a cunning businessman who turns everyone’s world upside down, arrive over time. Everything you need to know about Wyman is right here. SPOILER ALERT.

Who is Wyman Walden?

After arriving in Hope Valley (formerly known as Coal Valley) in season 8 episode 10, titled ‘Old Love, New Love, Is This True Love?’ Wyman Walden displays an interest in purchasing Fiona’s barbershop. After she firmly rejects his offer, he leaves, but Jesse gets upset and pursues him. Wyman turns out to be the guy who conned Jesse into investing and losing Clara’s savings in a shady scam in the first place.

Clara and Jesse leave for Montana after Clara gets their money back from him. Even after he buys the barbershop, Wyman keeps looking for more properties around Hope Valley, including the Queen of Hearts saloon. He provokes a strong reaction from Lucas and raises suspicions about his intentions among the other residents of the town. Because of his constant prowling about town, Rosemary in particular has grown suspicious and has begun her investigation into him.

For Wyman, clearing land is an important step in setting up a plant in Hope Valley, which is why he’s buying up properties in the area. However, the villagers are uneasy about the factory’s arrival because it could have a major impact on their lives. Additionally, the foundry purchases the Canfields’ cabin, resulting in the family’s relocation to the city. It is Wyman’s third time in town, and Bill refuses to listen to his business plans in season 9 episode 3, titled “Turn of the Page.”

Lucas, on the other hand, tries to find out why Wyman is in town, but he is evasive and orders him to keep his mouth shut. Wyman eventually agrees to consider a potential deal with Lucas, much to Elizabeth’s displeasure. Despite this, Lucas appears to have his plans, as he talks about a possible alliance with an accomplice named Janette to halt Wyman.

As a result, we don’t know what Wyman and the foundry want to do in Hope Valley and why Lucas is so eager to put a halt to their plans. As time goes on, we’ll learn more about how this affects the lives of the town’s residents.

Wyman Walden is played by Wesley Salter. He began his career as a high school English teacher after moving to Toronto from his hometown of St. Catharines, Ontario. Later, he worked as an actor, host, publicist, press manager, casting associate, and producer in the television industry. A Million Little Things” and “Chesapeake Shores” are two of his best-known roles to date. Aside from “A Christmas Treasure,” “Shadow of the Rougarou,” and “A Fine Young Man,” Wesley has appeared in several other films and television shows.