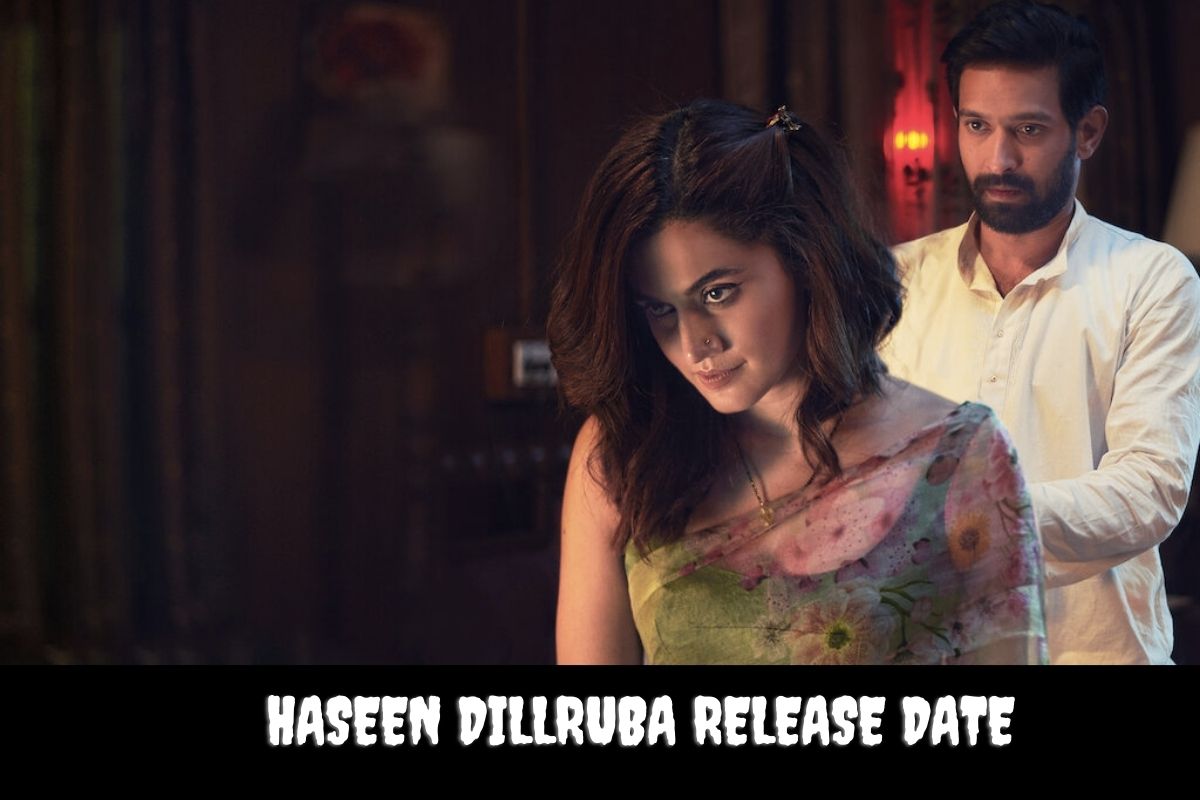 The movie will be available on Netflix on July 2nd, and you can watch the trailer here.

The filming began on January 18th, 2020, in Haridwar, and ended on October 20th, 2020, in Mumbai. Aanand L. Rai, Himanshu Sharma, Bhushan Kumar, and Krishan Kumar serve as the film’s producers, working with Colour Yellow Productions and T-Series. Kanika Dhillon, who previously worked with Taapsee Pannu in Manmarziyan, is the film’s writer.

While Rani is married to a country boy named Rishabh, she is unhappy in her marriage and finds herself at the center of his mysterious death. On top of that, her affair with Neel Tripathi makes her the primary suspect in the case. On top of that, when questioned by police, she proudly admits that one of her favorite authors, Dinesh Pandit, has a love story that she would like to have.
Read More:

The highly anticipated thriller Haseen Dilruba, starring Taapsee Pannu, Vikrant Massey, and Harshvardhan Rane, has a teaser trailer out, and it certainly gets us excited.

To see a teaser trailer, visit the following link:

It begins with Taapsee exiting the train, followed by Vikrant Massey and Harshvardhan Rane in intriguing scenes. When Vikrant and Taapsee get married, the film shows how “shades of desire, passion, and deception” consume the main characters.

It begins with the introduction of Rani Kashyap, a woman who embraces her sexuality with joy in the trailer for Haseen Dillruba Her favorite Hindi author is Dinesh Pandit. He writes pulp fiction. She marries Rishab, a man who fell head over heels in love with her the moment he laid eyes on her. On his wrist, Rishu has a tattoo of the name of his bride. He does everything in his power to make her happy.

When her husband is killed in a blast, her world falls apart, and she is arrested as the primary suspect. It’s revealed that Rani’s personality changes as the investigation progress, as we see her developing feelings for her neighbor. Furthermore, there is speculation that Rishu is more than what he appears to be.

When questioned, she quotes her favorite author, saying, “true love is incomplete without a spatter of blood.” This catches the cop off guard. There are two sides to every story, as Rani correctly points out.

A Message from the Cast

When she first heard Kanika’s basic idea, Taapsee Pannu had a strong gut feeling. It was also revealed that she wasn’t the first choice by the producers. “It came to me after they had exhausted all other options. That being said, if something is meant for you, it will come to you.

Haseen Dillruba is the perfect combination of humour, eccentricity, retribution and romance, Vikrant Massey said. I hope the audience is as awed by it as I was when I heard it for the first time. It was an exhilarating experience to shoot for it. To be able to share the stage with some of India’s best performers, Harshvardhan Rane also expressed his gratitude.