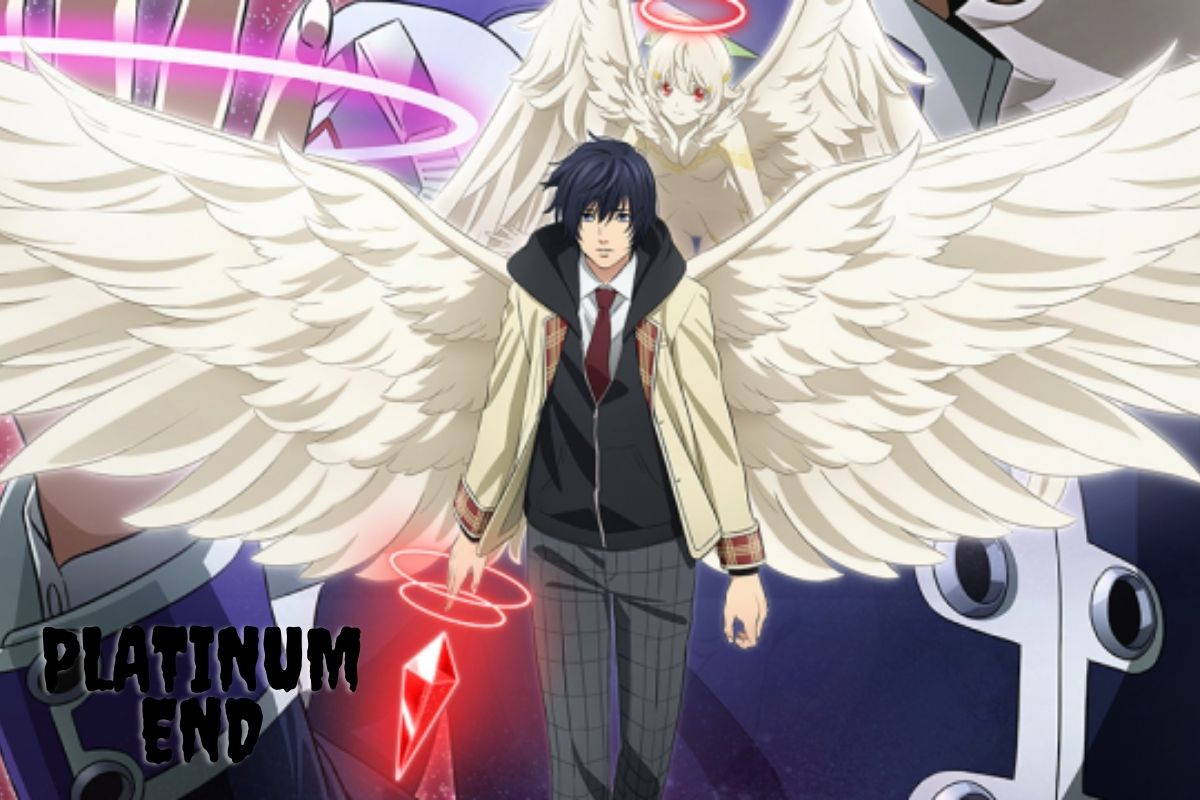 Platinum End, a fantasy thriller slated for release in October 2021, is one of the most eagerly awaited new anime releases for Fall 2021. To develop the series, Port IG’s parent firm Signal.MD will be involved. At the Jump Festa ’21 in December 2020, the anime adaptation of the series was given the official green light.

Tsugumi Ohba and Takeshi Obata are the minds behind the title’s manga series. If you’ve heard of Ohba, he’s the creator of Death Note and Bakuman, both of which have sold millions of copies. Shueisha’s Jump Square serialized Platinum End from 2015 to 2021, resulting in 14 tankonbon volumes. Platinum End received a 7/10 rating on My Anime List when the manga ended in January 2021.
Expectations are high for an anime version of the Ohba and Obata series. Here’s all you need to know about the impending anime release, which is just around the corner!

The English translation of the manga is published by Viz Media. Viz Media’s synopsis states:

Mirai, who has been struggling since the end of middle school, is unable to join his peers in celebrating their accomplishments. Despite this, he receives some assistance from above, in the shape of an angel. Now, Mirai must compete against a field of 12 other people for the right to be the world’s next deity. To survive, Mirai may have to turn into the devil he is.

It’s not easy being Mirai Kakehashi. Being abandoned by his harsh family and then feeling the weight of his own existence, Mirai is ready to take his own life. As it turns out, he is saved by a mysterious Angel named Nasse, who offers him the chance to become a New God. His foster parents killed his biological parents, which Nasse confesses to him and condemns them for.

However, Mirai’s situation doesn’t appear to be improving any time soon. Mirai must overcome the other 12 God Candidates in a 999-day survival war, after which the current God will cease to exist in a sense.

There are many similarities between this anime and Mirai Nikki, which was a fantastic survival game to become a god. Although the film has been compared to The Future Diary in terms of its ideas and overall notions, the tale is expected to stand out as the story progresses.

Platinum End’s anime adaption will premiere on October 8th, 2021! Since there are 24 episodes in the first season, there won’t be a second season of the anime. Despite this, there are fourteen volumes in total. The 24 episodes of Platinum End’s adaptation of the manga have been confirmed to encompass the manga’s entire story. Episodes 11 and 12 will be released in 2022.

Will there be Platinum End Season 2?

Season 2 of Platinum End will not happen because it has been confirmed that the manga will be adapted in full. A tweet in June 2021 from ‘MangaMoguraRE’ stated that “adapt the entire manga.”

It’ll be interesting to see how fast the show moves considering how much information they’ll be cramming into a season. However, OVAs and spin-offs are still an option.

Where Can You Watch Platinum End?

Anime will be shown on TBS, BS11, and other networks, as well as on Crunchyroll! Medialink has a distribution deal for the show in Asia. The anime may be available on other streaming platforms at a later date.

The website has already confirmed the timing of the first episode’s release, but it has not yet provided information on when new episodes would be released on a weekly basis. Platinum End’s official website states that the first episode of the anime will air at the following time:

What About Platinum End English Dub?

Only time will tell if the anime will be dubbed in English. The majority of the time, the English dub picks up after or in the middle of the original Japanese series. If Crunchyroll is airing Platinum End simultaneously, it’s probable that Funimation will follow suit and release an English dub of the series.

The confirmed voice cast for the upcoming anime includes:

The staff for the show that we know of right now include:

Because the two sections of Platinum End are directed by different people, the anime’s distribution method is still a bit of a mystery. Platinum End’s “part one” will be directed by Jojo’s Bizzare Adventures Part 5: Golden Wind director Hideya Takahashi.

Ghost in the Shell director Kazuchika Kise will return to helm the sequel. However, it’s possible that the first 12 episodes may be bundled together, and the latter 12 will be released as a single batch, even if their uninterrupted distribution has been confirmed.

Take notice of the Platinum End anime, as well as the latest news from your favorite shows. Make sure to check out the upcoming Fall 2021 anime releases and let us know what you’re planning to watch in the comments section below!

Read More: Chainsaw Man Anime Teaser out! 2022 is the Year for Release and Dub?