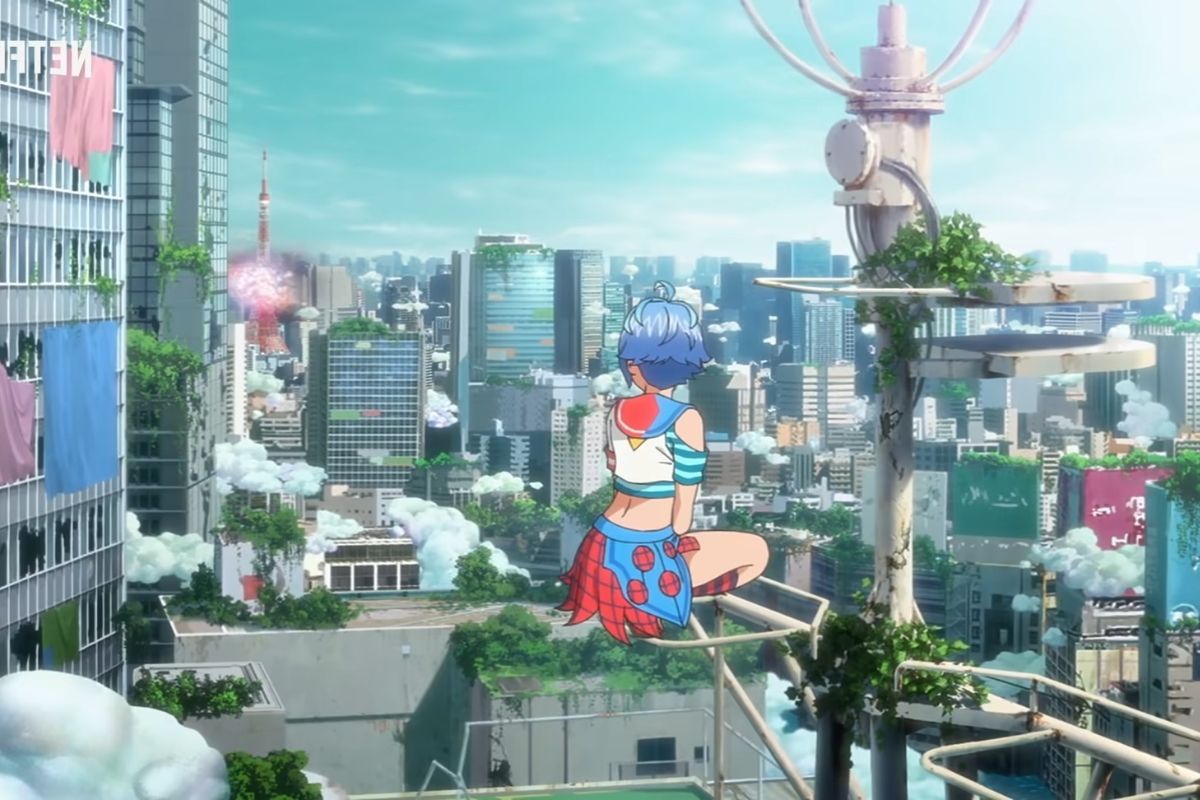 There is a slew of anime films scheduled for release in Spring 2022. The official teaser for the Bubble Anime Movie has also been released. An original anime film, Bubble, will be made by Wit Studio, the team behind Attack on Titan’s first three seasons.

A long time in the making, the Bubble anime movie will finally be released in April! The film’s crew includes members from a well-known anime series as well as a variety of other noteworthy backgrounds. Bubble 2022 has a new teaser trailer!

What is the Bubble Anime Movie About?

It’s set in a post-apocalyptic Japan, where bubbles shower down from the sky and isolate Tokyo in a ‘bubble of its own if you will. As a result, Tokyo becomes a gathering place for young people who have been abandoned by or separated from their families. As a result, the city is transformed into a parkour battleground, with individuals and groups vying for supremacy.

When Hibiki’s daring stunt went wrong, he ended up in the gravity-defying sea, which was something he was known for performing until it went wrong. He is saved by a mysterious girl named Uta, who subsequently takes him on an amazing journey.
Uta and Hibiki continue to search for the source and cause of a peculiar sound that only they can hear. Even Uta herself is steeped in mystery. However, despite their seeming alignment, Hibiki has no idea who she is or where she comes from, and she doesn’t say much either. What percentage of people think bubble rain, Uta, and the mystery sound are all linked?

When Will the Bubble Anime Movie Release?

The release date for the Bubble Anime movie is 28 April 2022. The film will be released in theatres in May 2022. This time, the theatrical release will come after the platform release, rather than the other way around.

Where Can You Watch Bubble?

Because it’s a Netflix/Wit Studio co-production, the film will debut on Netflix on April 28th! The Bubble Anime movie will have an international premiere on May 13th, 2022, and then open in Japanese cinemas on May 13th, 2022.

It will also be shown at the 72nd Berlin Film Festival, which is a huge honor! The film will screen as part of the festival’s Generation 14Plus program, which runs from Tuesday, February 10 through Sunday, February 20.

The Bubble Anime Movie has an amazing board of talent that has worked on the series. The confirmed voice cast for the main characters in the story include:

Uta’s voice actor hasn’t been revealed yet, although it’s expected to be soon. In addition to the film’s poster and main visual, we’ve also seen the character designs. Given Wit Studio’s productions and the super-exciting production crew that is working on this project, the movie is sure to be an aesthetic delight!

Q. Is Bubble an Original Anime?

Netflix and Wit Studio collaborated on the production of the anime film Bubble. There was no manga or light novel source material for Bubble, which is the cinema counterpart of an ONA. The production company instead imagined it. The film was written by Psycho-Pass creator Gen Urobuchi.

Q. Is Bubble anime a movie?

For anyone who was concerned about the project’s distribution format when it was first announced, rest assured that Bubble 2022 is a feature film, not an installment of an anime series.

Q. What is Bubble Streaming on?

The bubble will be available to watch on Netflix in addition to being shown in theatres. The international release date for the Bubble anime film has been set for April 28th, 2022!

Check back frequently for updates on Bubble and your favorite shows. For now, don’t forget to share your favorite Winter 2022 anime releases and what you’re looking forward to watching in the coming season with us in the comments below!